In just one year, Mossing & Navarre, LLC obtained over $42 million in settlements on behalf of their clients. 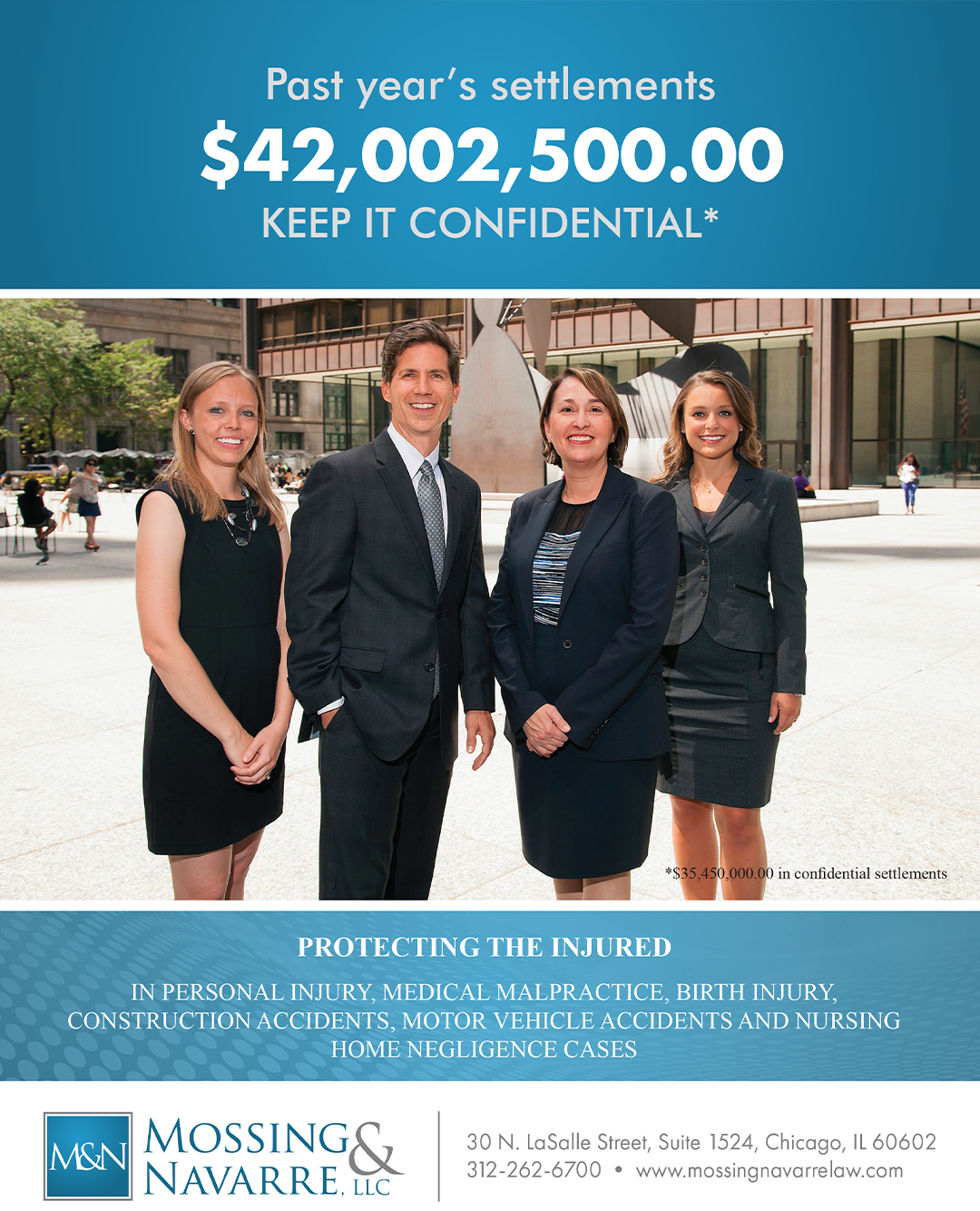 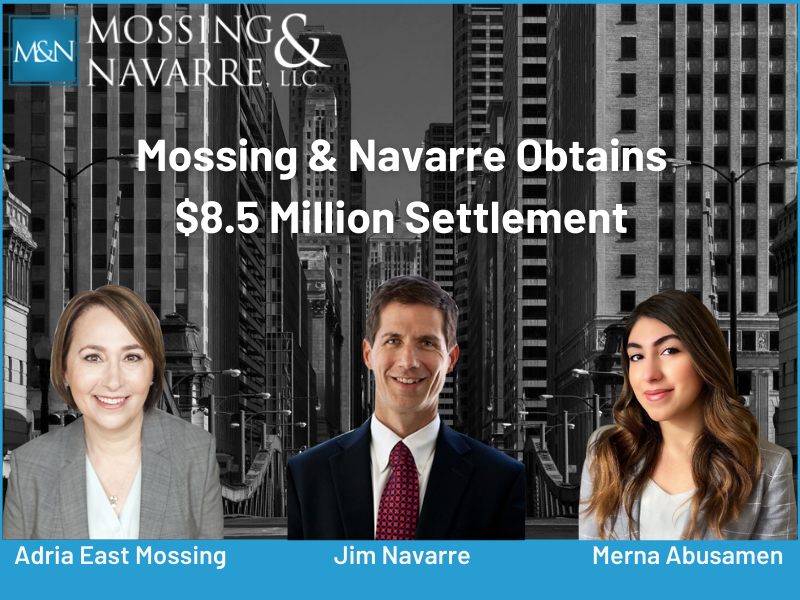 Mossing & Navarre, LLC attorneys, Adria Mossing, Jim Navarre and Merna Abusamen obtained an $8.5 million-dollar medical malpractice settlement on March 23, 2022 against a Chicagoland medical group on behalf of a woman who suffered permanent brain damage due to an undiagnosed ruptured aneurysm.

The Plaintiff was seen several times at the Defendant medical group’s office for new onset headaches. The Plaintiff alleged that the medical providers failed to timely recognize that the headaches could be due to a neurological cause and failed to send the Plaintiff to the emergency department for a work-up which included a CT scan and lumbar puncture, if necessary. The Defendant medical group argued that it was reasonable for the providers to diagnose the Plaintiff with a sinus infection and send her home as she had no neurological deficits. After 10 days of inaction on the part of the medical providers, the Plaintiff suffered a catastrophic rupture of the brain aneurysm resulting in permanent brain injury. She is no longer able to work and resides in a long-term care facility.

Plaintiff settled the case after 8 days of trial at the close of the Plaintiff’s case. 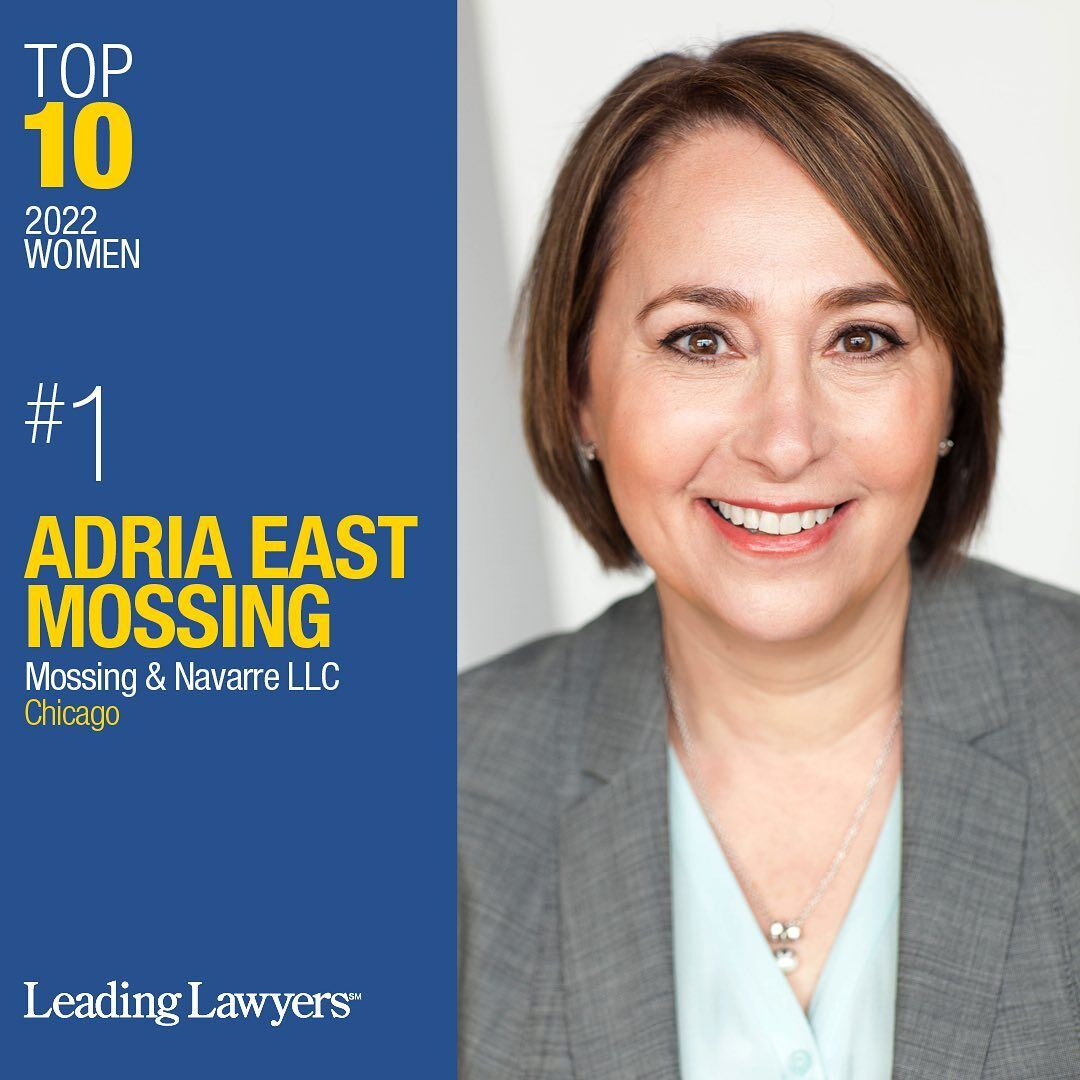 Adria Mossing and Jim Navarre once again have been selected as Super Lawyers. Only 5% selected to Super Lawyers and only 2.5% selected to Rising Stars. Peer nominations and evaluations are combined with independent research. Each candidate is evaluated on 12 indicators of peer recognition and professional achievement.

Mossing & Navarre, LLC Again Recognized as Leading Lawyers by their Peers in 2022

Mossing & Navarre, LLC has been selected again to Leading Lawyers Network. Less than 5% of all lawyers licensed in each state have received the distinction of Leading Lawyer.

Jim Navarre was again selected as a Leading Lawyer in Illinois by his peers in the areas of personal injury, professional malpractice and criminal defense law.

Adria East Mossing was again selected as a Leading Lawyer in Illinois by her peers in the areas of personal injury and professional malpractice.

Adria East Mossing, founding partner at Mossing & Navarre, LLC has been named one of the 50 Salute! Women in Law in 2021 by the Law Bulletin Publishing Company. The Chicago Daily Law Bulletin and Chicago Lawyer Magazine will recognize Ms. Mossing in the upcoming July edition of Chicago Lawyer magazine and a webinar being released on June 30th.

Selected by her peers, the Law Bulletin/Chicago Lawyer selection committee and a Women’s Advisory Board. The 50 women were selected among over 400 nominees.

The honorees were chosen “for their work to mentor and promote other women in the profession, and their success in the legal community,” according to the criteria. Awardees were chosen from the private and public sector as well as non-profit and governmental lawyers.

Adria East Mossing was awarded the 2018 Distinguished Alumna Award from DePaul College of Law. The Distinguished Alumna Award is the highest distinction DePaul College of Law bestows. This award recognizes alumni who have reached the pinnacle of their careers and maintained a high level of excellence during their lifetime. Recipients of this award have enhanced the prestige of DePaul by virtue of their character, integrity and personal accomplishments.

FOR A FREE CASE EVALUATION